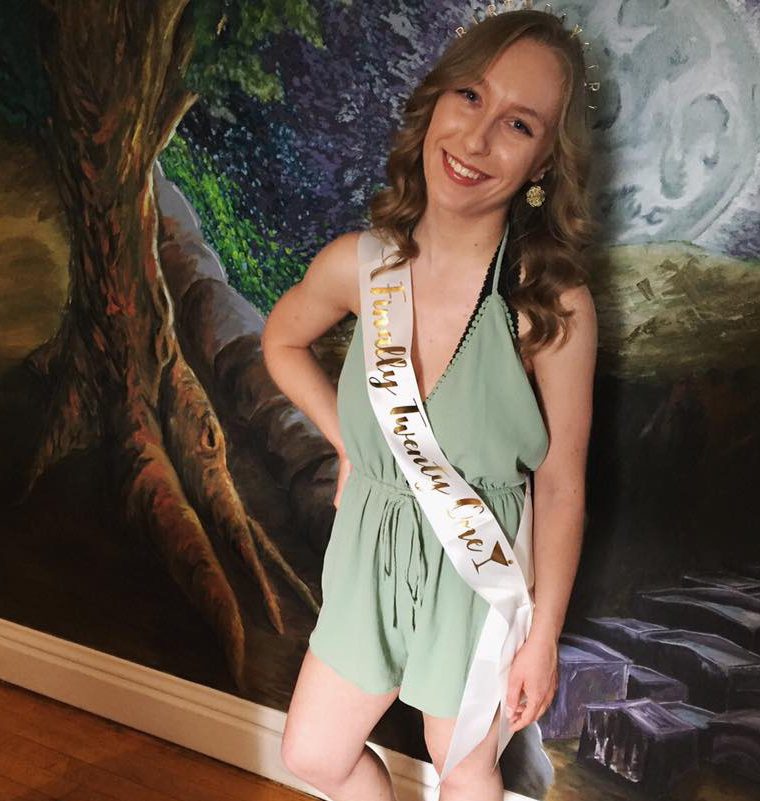 A year ago, 20 made me reflect on time and how I would qualify mine thus far. My conclusion was that I had withstood and come to understand some of the more difficult concepts of growing up, and that 20 was the year of finding opportunity and stability. The transition to 21 has only proved that I am still working on those things–but I’ll get into that in posts soon to come!

For now, I want to reflect on how amazing my actual 21st birthday was. Not because of drinks or bars, but because of people and experiences I will have to remember in all the years to come.

On June 1st, my day of birth, I saw Taylor Swift at Soldier Field. The fact that I got to attend her first night in Chicago on her Reputation Stadium Tour is a huge deal to me for a lot of personal reasons. For one, the obvious: I got to spend my birthday (of all days) dancing and singing every single (genius) lyric with 52,000 other people just as excited and passionate and present, ready to appreciate every moment of Taylor’s time that we were able to share celebrating music that hits home to all of us for different reasons.

It’s been five years since I’ve done that, since The Red Tour, where I watched my two all-time favorite artists, Taylor (obviously) and Ed Sheeran, play at Ford Field (with my momma) on 5-4-13. Almost exactly a year later, on 5-3-14, I went on my first date with my boyfriend (I wholeheartedly believe in the magic of 13s). Another year later, I bought him and myself floor seats to The 1989 World Tour at Soldier Field. I was very excited to introduce two of my best friends: the young man who was teaching me what love was (through an ldr, no less), and the woman whose own experiences had gotten me through my own since I was ten. Instead of this magical night happening as planned, in an awful turn of events, the former, my (nineteen y.o.) boyfriend suddenly suffered heart failure caused by myocarditis (a pretty rare condition where your heart muscle becomes inflamed). Despite my sweetheart of a bf boldly telling his doctor that he had plans the following weekend, we did not attend that concert (and he’s since made a full recovery).

So after all of that, and then Taylor’s hiatus where most of us worried she’d finally chosen her rose garden over Madison Square, Reputation came out. I felt reconnected with my childhood hero, and I saw an opportunity to finally bridge the connection between JT and Taylor when the tour was announced.

I could write a separate review of the concert experience itself (and maybe I will), but really, all you need to know (if you somehow don’t) is that T Swift Puts. On. A. Show. It is an event. There were fireworks and giant, moving snakes, and there was the acoustic version of Dancing With Our Hands Tied and the mash-up of New Years Day and Long Live– It was emotional and positive and interactive. The kind of genuine experience where all you feel is happy to be alive and so invested in enjoying this moment that you completely forget any negative feelings, like self-consciousness over how tone deaf you are, and sing at the top of your lungs.

The best part was that I got to lose myself in this magical moment while holding hands with my best friend and dance partner, the guy who’s been patient and loyal and loving to me for over four years now. The guy who bought me the green Reputation t-shirt to use as a blanket because Soldier Field, on a windy, sixty degree day, was too cold for the halter-top romper I insisted on wearing. The guy who also pinned on the sash that said “Finally Twenty-One,” and took me to get my first legal drink.

We met up after the concert with a small group of my friends at the same bar that we had celebrated his 21st in. I sipped my drink and smiled at the people chattering amongst themselves, in another moment of feeling nothing but love and realizing that there was nowhere else I would rather be.