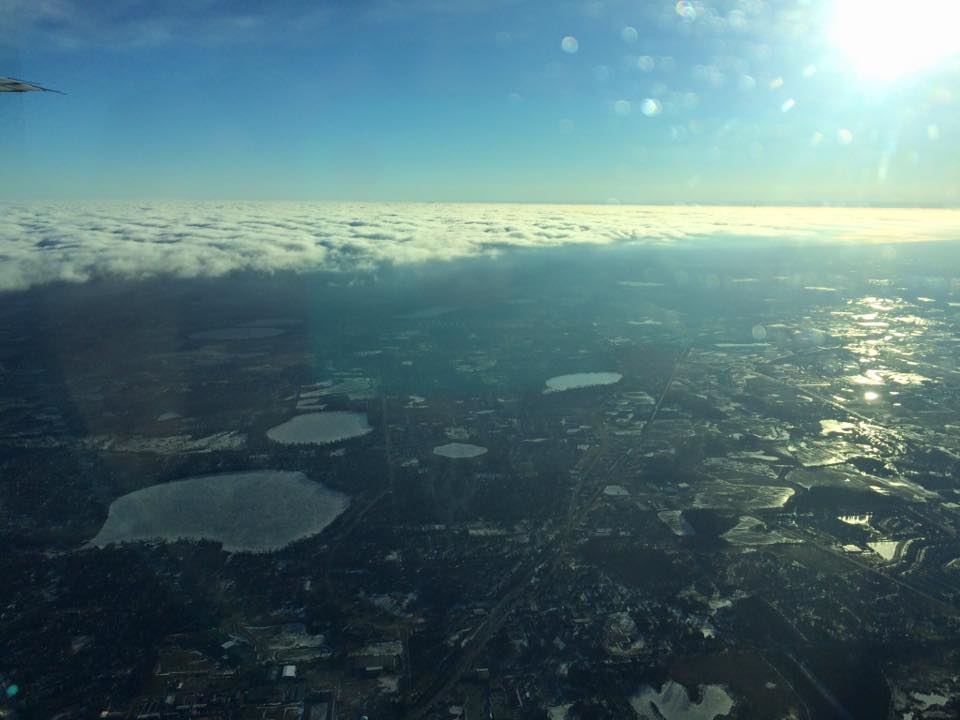 Last semester, I took a course here at Columbia (with author Patty McNair) called Travel Narratives. It combined my love for the essay with travel. It was challenging, but it resulted in my best work yet. But that’s not what I’m sharing here – I just wanted to give a backstory for why it’s important to me to write about my first trip of 2017.

Now, it’s hard to be in an unfamiliar place and not observe its details, especially in relation to any of the underlying emotional introspections. Fortunately I had an essay due the Monday after my trip for the advanced nonfiction workshop that I am currently taking (with the lovely Jenny Boully). The parameters of the assignment allowed me to frame my thoughts on the trip by using a beautiful flash nonfiction piece by Roxane Gay, called “There Are Distances Between Us”  as we had to choose fragments from other people’s writing to sample with our own; the italics below are from her piece.

The first place I got to travel in 2017 was from Chicago (O’hare) to Ironwood and then up to Houghton, to visit my boyfriend at Michigan Tech during their annual Winter Carnival weekend. I am still working to rewrite this short piece, but I wanted to share an excerpt of it:

We are red stars on maps protected beneath hard plastic in highway rest areas tired travelers touch to make sense of where they are. I have counted the miles, yards, feet, and inches between us. There are too many.

I woke up at 3 am to catch a flight that would cross the 414 miles between us. My red star is Chicago, yours is Houghton, Michigan, but I was flying to Ironwood. A compromise on your part; I was able to spend less money, but you had to drive two and a half hours. It was a win-win for me; I had two and a half hours of sitting in my favorite spot, the passenger seat of your truck. Running on just three hours of sleep, I curled my hair and finished assembling my suitcase as quietly as possible so I wouldn’t wake up my roommate.

At 4:45, I pushed my purple luggage across the maroon marble swirls of my building’s lobby floor and waited anxiously for my shuttle. It was a quiet ride, as I was the only passenger my shuttle driver had to pick up, save for the brief small talk he initiated. He asked where I was going, if I had been before, what the weather was like. The questions flowed into a summary of my travel that felt more like a glimpse into our relationship, but without any hint of the struggle that came with distance: I was going to Michigan Tech, where my boyfriend goes to school, for their annual Winter Carnival. It was my third time going, and we always looked at the giant, elaborate ice sculptures and watched Tech’s hockey team play (win). I guessed there were two feet of snow on the ground. This struck him and lead directly to the question of whether there would be hot chocolate. Yes, there would probably be hot chocolate, I answered, realizing his mind had gone to warmth while I already knew that despite freezing temperatures, I’d probably never be out of arm’s reach from my tall, flannel-clad, and dimpled surveying major.

We made it to O’hare by 5:30, so I bought an iced green tea from Starbucks and waited next to a woman, in her fifties or sixties, reading. Our airline, Air Choice One, was the smallest in the airport, shunted against a wall in Terminal 3. The check-in desk didn’t open until 6 am, so we waited. After 6 o’clock had come and gone and still no one was standing there, our conversation started as we fretted over having time to get through security for our 7:50 departure. After three or four rounds of back and forth “Yeah, they should be here, I’m getting nervous,” I finally went up and rang the bell. The same short, dark-haired young woman who had checked me in and lead me out to the 9-passenger Cessna last year appeared from a back room. I asked about their opening time as I handed her my license, and she briskly responded that yes, they did open at 6, and all people need to do is ring the bell. I said no more, but the older woman had followed me and expressed our shared frustration more bluntly.

We separated after security, but I found her again at our gate. That was when we exchanged travel details and I learned she was some kind of teacher who travels to evaluate students. After I gave her the same spiel I gave to my shuttle driver, her response was much different: “Your boyfriend is really lucky.” I blushed, knowing that if I weren’t just as lucky, I wouldn’t have been sitting next to her.

Around 7:30, we walked onto the tarmac to board the tiny plane that would take me to you. I was on my way to my best friend, but just for three days. A grand gesture that had simply turned into necessity. It wasn’t the first time, nor would it be the last. I often tell myself that we only have two more years of this, that we’re halfway done, and it almost makes it feel better. But even if your daily absence feels like exasperatedly reaching for something my fingers just can’t grasp, it’s also a feeling I’m used to, a feeling I know I can handle. A pain I decided a long time ago was worth it.

Thank you for reading! As I said, this is still a work in progress; there are about six more pages and “Distant Stars” has been the working title. Once it’s further along, or perhaps finds a home in a lit mag, I’ll share the rest!